Hold on to Your Pants! November is going to be a wild month! What not join the adventure . . . 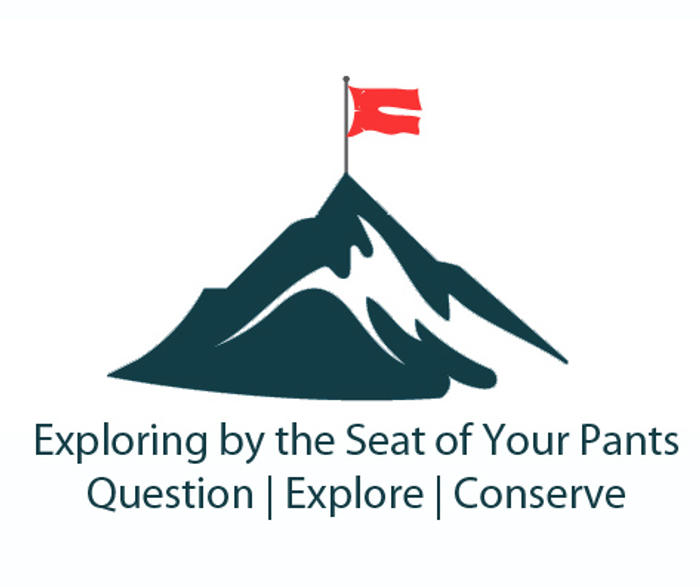 Science, Adventure and Conservation, it’s what Exploring by the Seat of Your Pants is all about!

We’re starting November with a last minute trip to Madagascar to meet wildlife filmmaker Chris Scarffe! He’s been filmming non-stop for the last month, highlighting the habitat loss in this incredible country, full of biodiversity. Madagascar is home to countless species found no where else in the world, but rapid habitat loss is putting many species in serious jeopardy. Join Chris as he shares some new footage before he heads back to his home in South Africa.

This is a very quick turn around, with the hangout taking place Monday @ 11am EST. I’d like to have 1-2 more classrooms join in onscreen. I can sweeten the deal with a spot on a soon to be announced virtual field trip to our most exciting and unique location yet! Send me a message: ebtsoyp@gmail.com 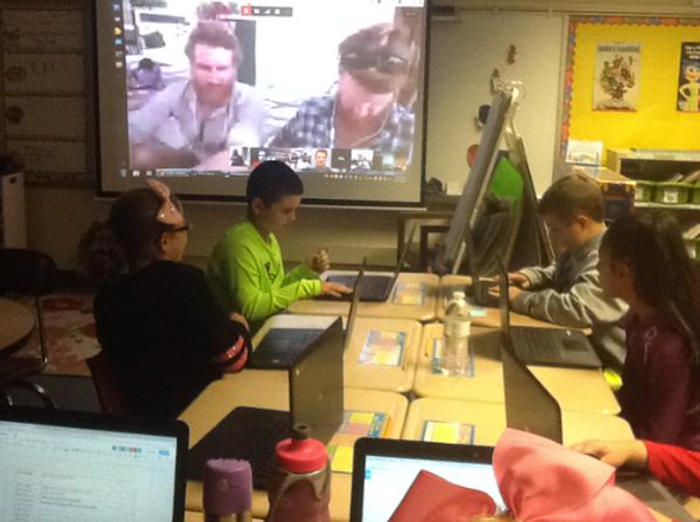 November is going to be a busy month! Here’s your first taste of what’s coming up with many more announcements to come! Snag an onscreen spot while you can, because last month, every screen spot was filled.

Want a camera spot? Send Joe a message at ebtsoyp@gmail.com

Nervous? Is this something you’ve never done before? It’s as easy as following a link that is sent to your inbox. A laptop with a projector or smartboard, speakers, and an internet connection is all you need!

You’ll notice a change on the website. In order to access the Hangout details page, and form to request an on screen spot, you must now be a site member. Pretty painless, Joe is just trying to keep track of how many classrooms are using the site. 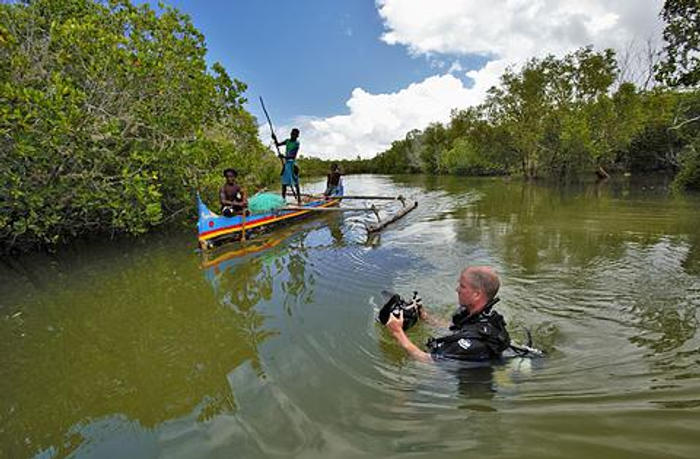 Join wildlife filmmaker Chris Scarfee live in Madagascar. He’s just finished an intensive month of filmming and will be sharing some of his latest footage, fresh from the field and never before seen!

George is a renowned global adventurer, storm chaser, explorer and television presenter. Based in Toronto, his efforts to document nature’s worst weather conditions have taken him all over the globe, into places most normal people are fleeing from. 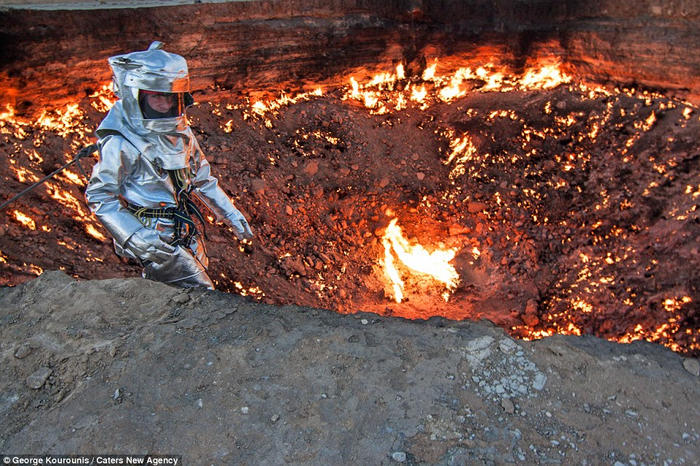 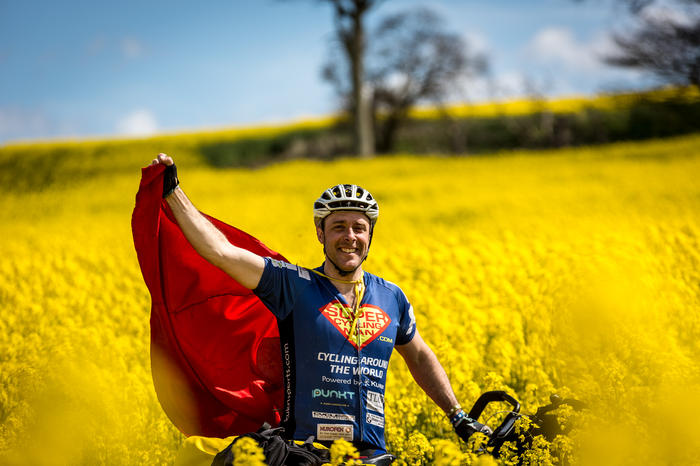 Will Hodson is spending the next 5 years cycling across all 7 continents. He’s doing it all in super hero costume to raise money for several charities. Join Will live from Istanbul, he’s just completed cycling across Europe and is taking a break before beginning his cycle across Asia!

Gaelin will take the students on a journey from satellite tagging Bluefin Tuna in the Western Atlantic Ocean to drilling ice cores in the frozen Bering Sea, in order to illuminate cutting-edge scientific research being conducted to understand the complexity of our ocean ecosystems. 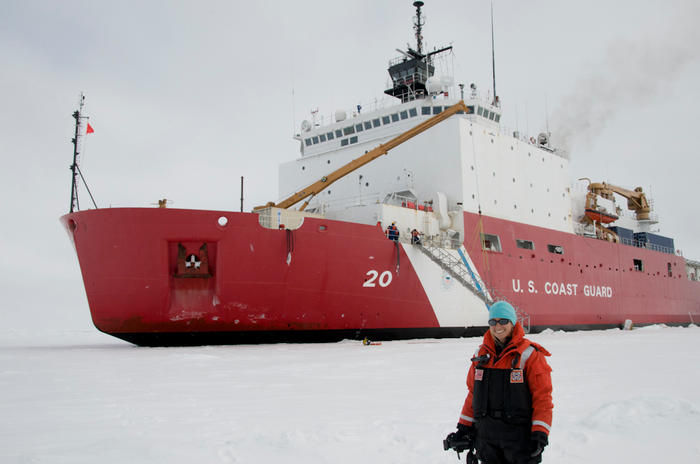 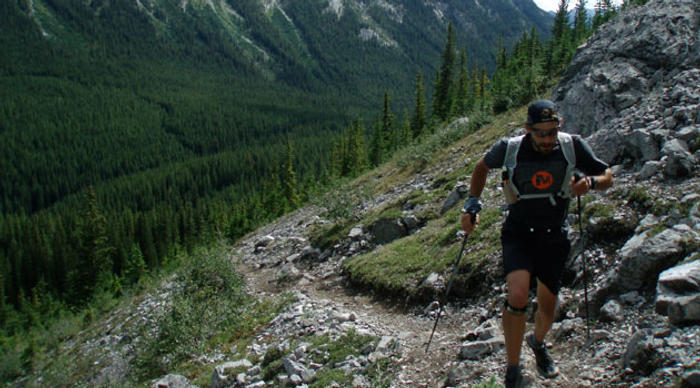 Join Simon as he shares some of his most recent adventures and shares how his love for endurance sport and pushing his body to the limits lead to the founding of Adventure Science. Simon is also the host of the television adventure series Boundless.

Join Burton, assistant curator of mammalogy at the Royal Ontario Museum as he shares some stories from his recent expedition to Sri Lanka. He was part of the first team to survey mammalian diversity in Sri Lanka since 1935. Spoiler alert: they caught a lot of bats! 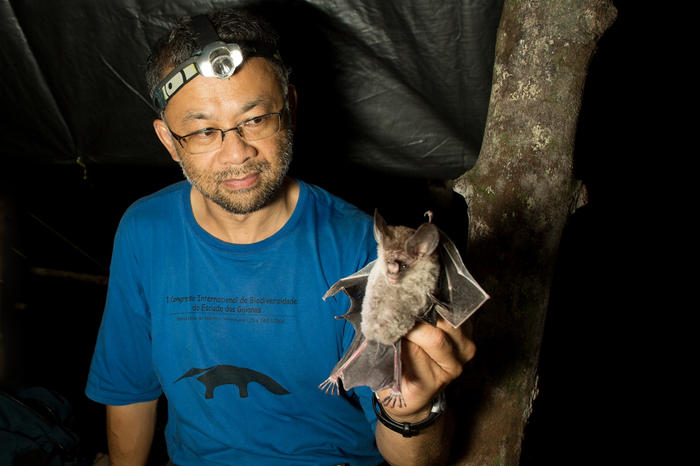 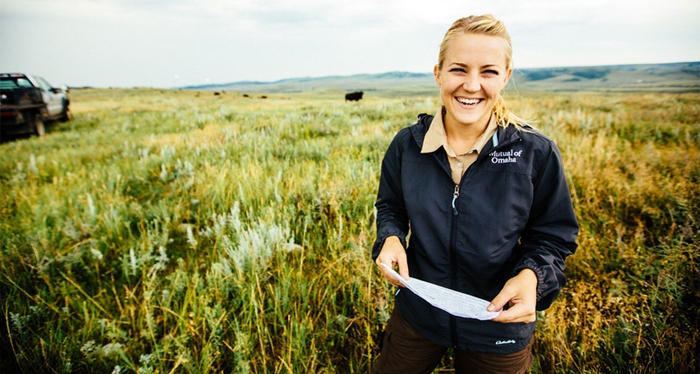 Join the host of the iconic Mutual of Omaha’s Wild Kingdom as she shares a recent feature about manatees. Stephanie will share some of the footage from the episode and give students a peek behind the scenes and answer questions all about these aquatic giants.

Andrea Marshall: Queen of the Mantas

Meet Andrea Marshall, National Geographic Explorer and foudner of the Marine Megafauna Foundation. Andrea was the first person to receiver ther PhD in manta rays and has discovered to new species. She’ll connect from Mozambique to share some manta facts and stories. 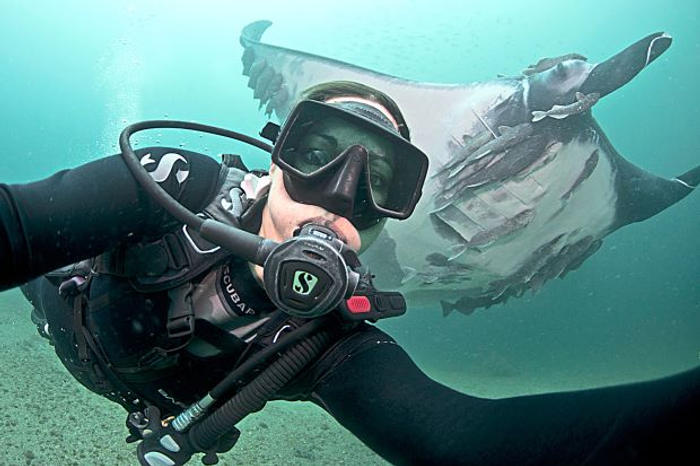 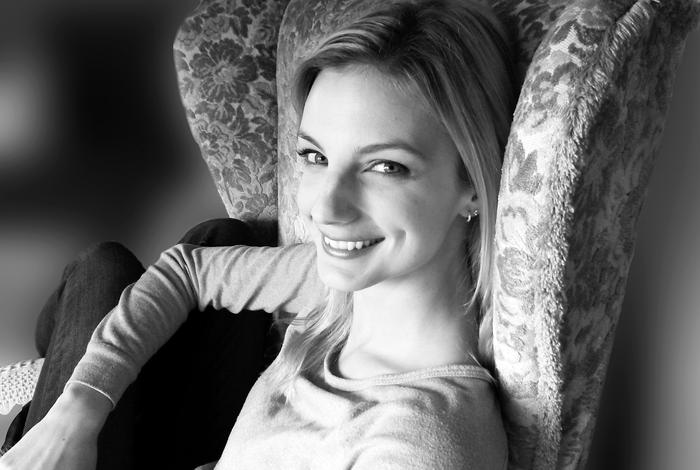 Meet Michelle, a marine biologist and science communicator. Michelle will be sharing her unique story about her path to becoming a scientist. From there Michelle will be doing regular hangouts sharing ‘What’s New in Science’ with her uniquely humourous take.

Your Classroom Can Get Involved in Conservation Work Around the World! 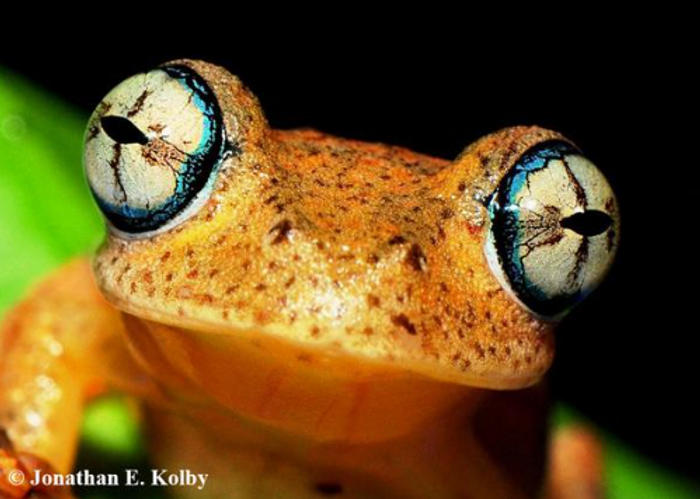 Chytrid fungus is spreading globally and causing irreparable damage to the world’s amphibian biodiversity. National Geographic Explorer Jonathan Kolby is in a desperate race to try and prevent a deadly outbreak. Madagascar is a global hotspot for amphibian diversity home to over 300 species of frogs found nowhere else on Earth. Although some amphibians have recently been found infected with the fungus, no signs of disease (negative effects of infection) have yet been observed.

It’s as simple as sending persuasive emails to those in the government responsible for the protection of Madagascar’s frog species and to demand action NOW to prevent an outbreak. Chytrid can spread like wildfire if nothing is done to reduce the risk & prevent additional introductions, it will be too late later.

There is no method of Chytrid eradication from the environment following its establishment, thus the need for emergency preventative measures in Madagascar. Unfortunately, now nearly two years after the discovery of Chytrid in Madagascar, little preventative action has been implemented.

For more information on how your students can get involved: exploringbytheseat.com/#!frogs-in-madagascar/wjsw1

Host an Ocean Blue Day at Your School!

Nemos Pequenos: Ocean Guardians aims to teach the children of Mozambique what is going on beneath the ocean’s surface and why it needs to be protected. Even though they depend on the ocean for survival, most children don’t know how to swim and there are many drownings each year.

Your classroom and school can help Nemos Pequenos grow and create waves in more local communities. They are aiming to raise $100,000 USD to build swimming facilities, buy a mini-van and keep the program growing. This will allow them to create ocean guardians in four additional remote communities and engage 1,200 youth with their marine education program.

Host an Ocean Blue day at your school, dressing in blue or summer and beach clothing and collect donations that can be sent to Marine Megafauna Foundation to help more children learn to swim and protect their oceans.

For more information check out: http://www.exploringbytheseat.com/#!nemos-pequenos/ka5ak or email Joe: ebtsoyp@gmail.com 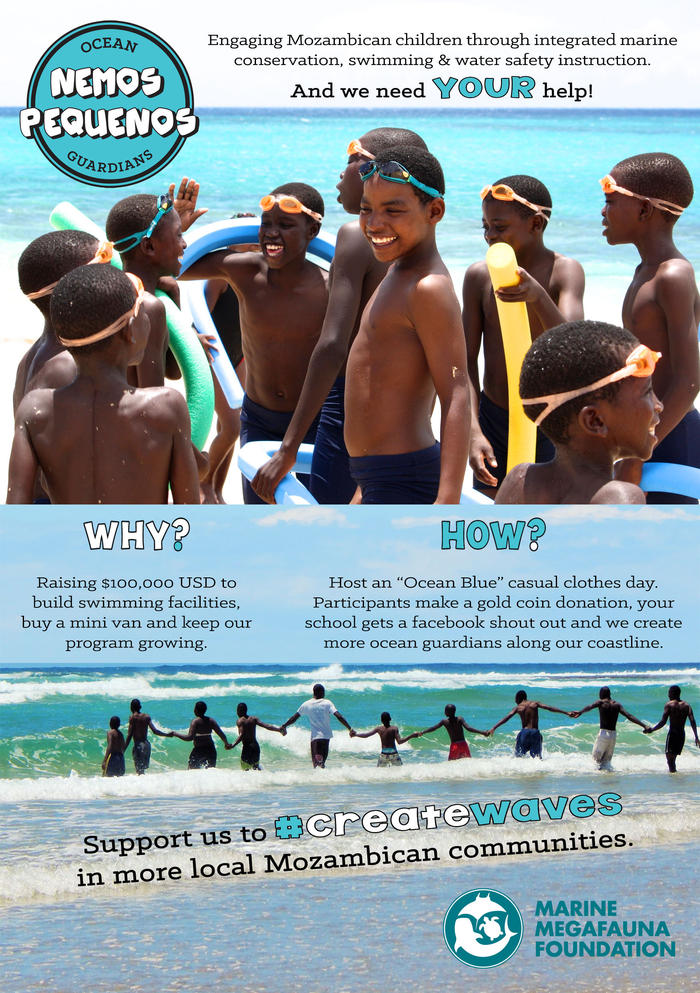 If your class has been enjoying taking part in EBTSOYP lessons, consider raising some money for the conservation efforts of their content partners, even if it’s just collecting some spare change. This month, all donations received via the Exploring by the Seat of Your Pants website will go to the Marine Megafauna Foundation to aid the Nemos Pequenos: Ocean Guardians project described above, teaching children in Mozambique how to swim and protect the oceans.

In Case You Missed It!